(IF)- money IZ everything, VI are just NOthing

(IF) u don't believe me, suck my ideas and writings.

Do you know where is Georgia?


- MadameX
Roughly. I couldn't drive there without directions.


- alexmcone
Isnt Georgia the country where they had the "Orange revolution ? "

Nah, I know it's near Russia.


- Sebastian75
I know, was once part of USSR


- kristilinauer
I do, because I used to live in Turkey.

It's bordered by Russia, Azerbaijan, Turkey and Armenia.


- kristilinauer
That's considered Asia? I always thought it was Europe. I'll confess, that part of the world confuses me. I don't know where Europe ends and Asia begins. I've heard it referred to as Eurasia.

- aningeniousname
Course it's where Stalin and Georgi Kinkladze are from.


- coldmorningcoffee
I've heard of Georgia. It's somewhere in Asia, below Russia and above Turkey I believe. I couldn't get there without Google Maps, though!


- Anok
I also know where Georgia is. I had been following the politics there for some time.


- JeanR
Ya, I knew the country of Georgia was some where near Russia. Our forefathers named a lot of places in the USA after places in Europe.


- xtremer
earlier, some years back, I was always confused between Georgia and Borgia ....... the Borgia ring .... remember?


- stoneman
In the Caucasus.


- Aprilfreelance
I live about 30 minutes from the USAs Georgia border. When I see someone online say they are from Georgia, I always wonder state or country? I don't just assume it's the state unless I can hear the person's accent. Or they type ya'll somewhere in a message.

- LisaT
The one in the Caucasus. Capital is Tblisi. Home of ex-Soviet foreign minister Eduard Shevarnadze. Birthplace of Soviet ruler Josef Stalin.

Thanks, Musampa. The reason I know that info is because I wrote a termpaper on "Georgia's contributions to the Soviet Union" back in high school.

- mugshot
I know Georgia well, I live in the UK but spend alot of the time over the other side of the Black sea in Bulgaria where my wife is from....

I have always wondered what many Georgians feel about Abkhazia and South Ossetia...what are your views musampa.

Oh forgot to mention that the lovely Ketevan Melua is a fellow Georgian!

- Naturalwoman
yep heard of it and not in the US


-XightI'm just gonna be honest, and say no I didn't know where it was. I somewhat knew of a country named Georgia, and its rough area in the world. However all the other information mentioned in this thread is news to me. Its odd though I aced world geography 15-20 years ago in elem school, but this country was never brought up. I guess it was on the map as a big red USSR in our text books back then. Man I feel old, and I'm not even 30 yet.

- jakpayne
Wasn't Rasputin a Georgian? And I don't mean that place just south of North Carolina.

- camelia
Yes, I do, I also have been in Georgia, near the Black Sea, wonderful place.

I was in Abkhazia, all the way from Gagra to Sukhumi, including the caves of Novyy Afon - they were incredible! All was incredible, I loved it very very much and hope to return in Gorgia one day to see also Tbilisi.

მუსამპა/Musampa
My Life is My Daily Art . . .

Banner for your page 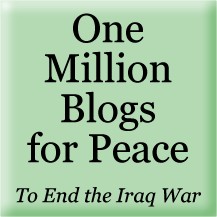